Today we live in increasingly turbulent times whereby our need for spiritual support and assistance is becoming more and more apparent. We need just to consider the global levels of anxiety and depression that seem to be rising at a steady rate.

In his contemporary Qur’anic tafsir, the Risale-i Nur, Bediuzzaman Said Nursi conveys that because of our impotence and countless enemies, as humankind we are in need of a source of support to which we can have recourse to repulse those enemies. Likewise, because of the abundance of our needs and our extreme immaterial poverty, we need a source of assistance from which we may seek help, so that through such assistance we may meet our needs.

Bediuzzaman says in his tafsir: “O man! Your one and only point of support is belief in Allah. The only source of assistance for your ruh and conscience is belief in the ahirah”. Thus, one who does not know of these two sources suffers constant fear in his heart and ruh, and his conscience is perpetually tormented. The person who seeks support from belief in Allah and seeks help from belief in the ahirah, experiences many pleasures and delights in his heart and ruh, so that he is both consoled, and his conscience is at ease.

He continues by saying that since it is only iman that affords these sources of support and assistance, having iman of necessity requires us to say: “Alhamdulillah!” It is only the light of iman that removes the pain that occurs when lawful pleasures start to fade. Furthermore, through having iman it not only points us to the source of ni’mah, but having iman ensures that the ni’mah continues and does not diminish.

The things among creation that we may imagine to be hostile and foreign, and lifeless and lost as though orphans or dead, the light of iman shows to us as friends and brothers, as living, and as constantly glorifying Allah. That is to say, a person who looks with the eye of heedlessness supposes the beings in the world to be harmful like enemies, and he takes fright; he sees things as foreign.

For in the view of misguidance, there are no bonds of brotherhood between the things of the past and those of the future. There is only an insignificant, partial connection between them. As a consequence, the brotherhood of the people of misguidance is only for one minute within thousands of years.

The view of kufr sees human beings, since they are powerless to secure their desires, as ownerless and without protector; it imagines them to be grieving and sorrowful like weeping orphans on account of their impotence. The view of iman on the other hand, sees human beings as living creatures; not as orphans, but rather as officials charged with duties; as servants glorifying and extolling Allah Almighty.

The light of iman depicts this world and the ahirah as two tables displaying numerous varieties of ni’mah from which a believer benefits through iman, his inner and external senses, and his subtle, spiritual faculties. In the view of misguidance, the sphere from which a living being may benefit diminishes and is restricted only to material pleasures.

While in the view of iman, it expands to a sphere which embraces the heavens and the earth. Yes, a believer considers the sun to be a lamp hanging in the roof of his house, and the moon to be a night-light. They thus become ni’mah for him, and so the sphere from which he benefits is broader than the heavens.

With the eloquent ayats in Suras Ibrahim and Yunus respectively, ”And He has made subservient to you the sun and the moon”, and, “He it is Who enables you to travel the land and the sea”, the Qur’an of Miraculous Exposition alludes to this wonderful ni’mah and barakah which arises from iman.

In ‘The Rays’, one of the books in the Risale-i Nur Collection, Bediuzzaman draws our attention to the different forms of ni’mah, each of which requires us as people of iman to express constant and countless hamd to Allah Almighty.

Bediuzzaman says that firstly it is through iman that we know that Allah Almighty’s Existence is a ni’mah surpassing all other forms of ni’mah. The ni’mah of Allah Almighty’s Existence is a source and a fountain, containing endless varieties of ni’mah, innumerable sorts of barakah, and uncountable kinds of gifts. It is consequently incumbent on us as people of iman to offer hamd for the countless ni’mah of iman to the number of particles in this world.

One of the ni’mah for which hamd should be offered with all the hamd that the phrase “Alhamdulillah!” indicates, is the ni’mah of Allah’s Rahmah. Indeed, rahmah comprises ni’mah to the number of living beings that manifest Allah’s Rahmah. We as humankind are connected with all living creatures, and in this respect we are pleased by their happiness and saddened by their pain. Thus, a ni’mah found in a single individual is a ni’mah also for his or her fellows.

Another ni’mah that deserves hamd, is Allah Almighty’s Compassion. Yes, a person with conscience who feels sorrow and pity at the weeping of a hungry and orphaned child, surely feels pleasure at a mother’s compassion for her child, since this show of compassion causes that person to be pleased and happy. Thus, pleasures of this sort are each a ni’mah and require hamd and shukr.

One of the other ni’mah requiring hamd and shukr to the number of all the varieties and instances of wisdom contained in the universe is Allah Almighty’s Hikmah. For just as man’s self is endowed with the manifestation of Allah’s rahmah and his heart with the manifestation of Allah’s compassion, so too does his intellect take pleasure at the subtleties of Allah’s hikmah. So in this respect they require endless hamd through declaring “Alhamdulillah!”

Bediuzzaman informs us that likewise there are countless forms of ni’mah in each of Allah Almighty’s one thousand and one names manifested in His creation. Thus, all Allah’s most beautiful divine names and sacred attributes require us to express and utter “Alhamdulillah” as great as the world, since in each are endless forms of ni’mah, each of which requires endless hamd and shukr.

Likewise, Nabi Muhammad (ASW), who is the means of attaining the ni’mah of iman and who has the authority to open all the treasuries of ni’mah, is himself also such a ni’mah, that for all eternity we as mankind bears the debt of praising and applauding him.

Likewise, the ni’mah of Islam and the Qur’an, which are the index and source of all varieties of ni’mah, both material and spiritual, require and deserve from us unending and infinite hamd.

In conclusion, from Bediuzzaman’ s aforementioned account, we can conclude that the phrase ‘Alhamdulillah’ is such a blessed phrase, that we should endeavour that it is the phrase that moistens our tongue in our constant offering hamd to Allah Almighty and our making unending shukr to Him, Inshaallah.

A Lesson and Reminder for the Youth 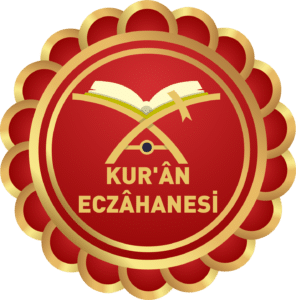 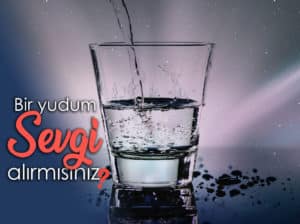 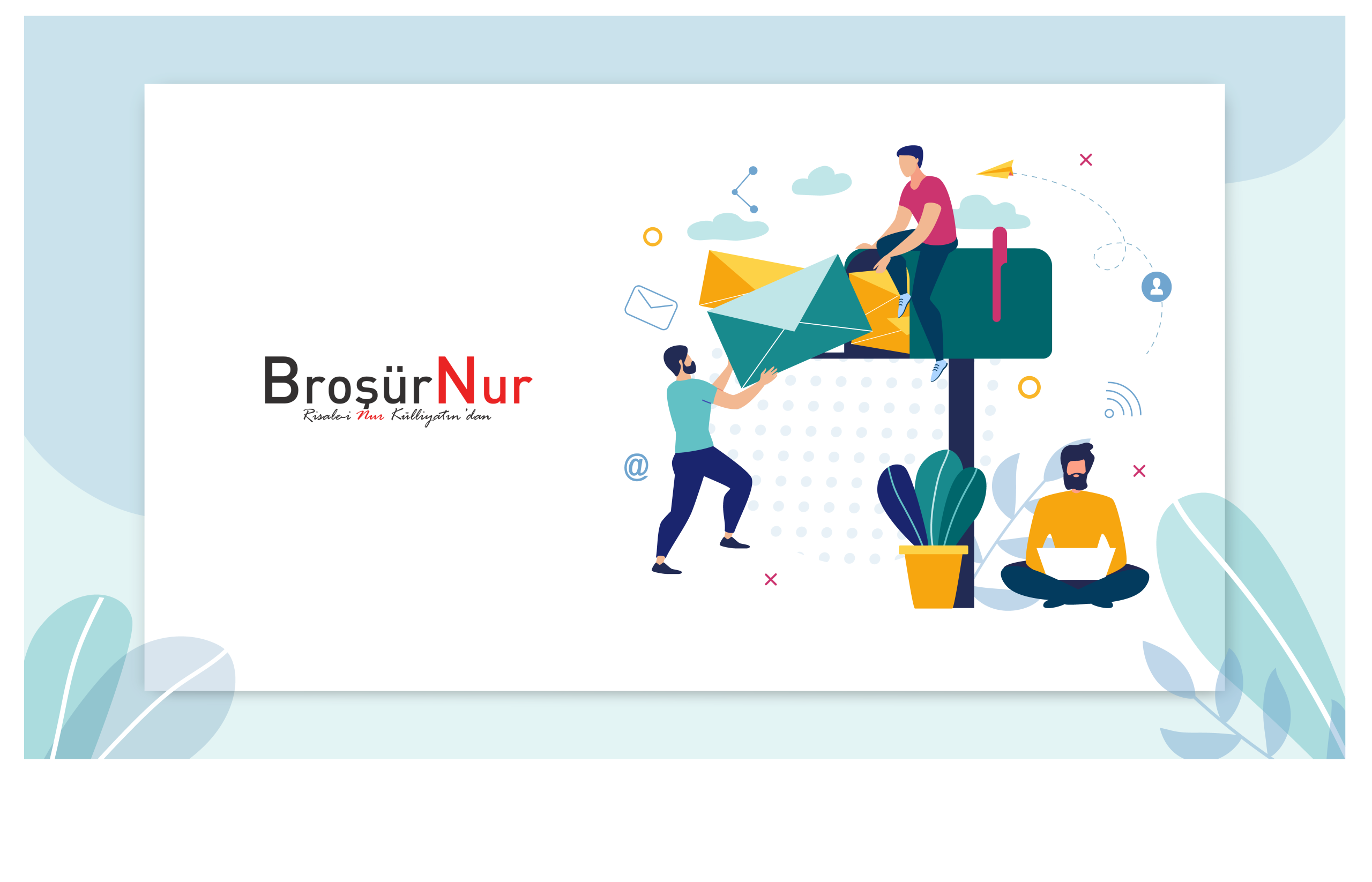